A relaxing gourmet experience to be enjoyed in a wonderful landscape, characterized by green hills, vineyards and secular olive groves: this is what awaits the guests of Osteria Unicorno. It is a special place, created by the Clarici family in a successful attempt to complete and give value to Marfisa's small farm and her Wine-Relais & Spa agritourism. The restaurant, as well as the whole structure, were designed by the architect Marco Baroni, Nathalie and Riccardo's cousin and business partner.

Our Inspiration
The tradition of Farnese, their own family and the land they have inhabited for years are the main sources of inspiration for the Clarici, a family that always looks ahead with the aim to value and share the beauty of this territory and its fruits, celebrating their roots and their memories, which make for the real drive of all the projects linked to Marfisa's small farm, whose jewel in the crown is the Osteria Unicorno.

The menu depends on the season and the colours of the surrounding nature; its goal is to help people discover true, wholesome and straight-forward flavours, paired with the wines produced by Terre di Marfisa, which bear the tradition of this patch of Old Etruscan land both in their names and in their taste, characterized by the volcanic tuff soils in which they are grown. 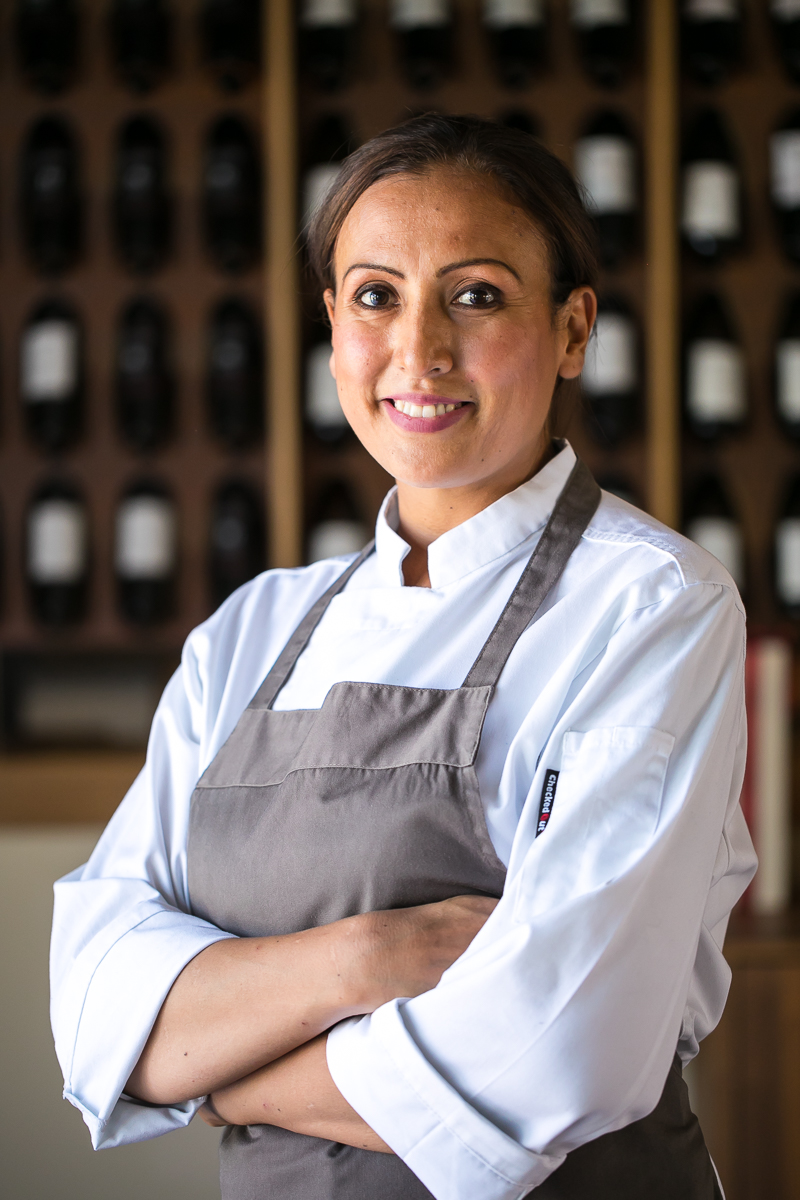 Maria De La Paz Zamudio Reyes was born and raised in Bogota, Colombia, in the Andean Mountains: a matriarchal society where women are in charge. She was brought up in a women-only house by a brilliant working mother and a clever creative sister.  Maria was the youngest in the family and she immediately displayed her natural talent for cooking, especially when she would have fun making dinner at her grandparents’ country house.

At the age of 18, Maria won the award as best young chef in her country and, in 1999, she landed in Italy for a year-long internship where she learned the secrets of haute-cuisine and pastry-making at Casa Vissani in Baschi (TR), Umbria.

It didn’t take her long to fall in love with this Central Italian region. She decided to stay and she went on to collaborate, from 2003 to 2014, with many well-known restaurants in the Orvieto area, the most important of which was “La Locanda” in Montecchio, where she was employed as Head Chef.

In May 2014, she moved to Rome to open her own restaurant: “CucinAtipica”. She remained there for 3 years, a long period only briefly interrupted by the experience as Executive Chef of the Grand Hotel Palace.

She was then hired by “Mamma Mia”, another Roman restaurant, where she worked for 2 years before receiving a call from the Clarici family who offered her the chance to become Head Chef of their “Osteria Unicorno”, the gourmet side of their own “Podere di Marfisa”.

“I came here with Nathalie – the chef recalls – it took us 4 hours, during which she told me about their project, of how much they believed in it, of their expectations and their intentions. The whole project sounded amazing, and indeed it was: their home-made wine and oil, the aromatic herbs from the fields, it was exactly what I had been looking for. When I got to Farnese it was love at first sight and I accepted their offer with great enthusiasm; I immediately moved in with my Corsican dog.”

“Osteria Unicorno” is the perfect place for Maria’s simple and wholesome cuisine, which revolves around the quality of carefully-selected seasonal slow-food ingredients that have to be craftily combined to enhance their flavour.

“I believe that those who come to Farnese want to taste its real flavour, they want to eat local products, maybe prepared with that level of care they won’t find in the trattoria in the centre of town. A higher quality, a better-looking presentation, more professional service – Maria explains – I try to make use of what the land has to offer, working it as little as possible to keep the flavours pure. The vegetables come from a local farmer who cultivates them in her garden, the aromatic herbs are hand-picked from the fields around here, then we have guinea fowls, rabbits.”

After all, Maria’s best quality is her ability to make a dish out of any ingredient, without ever being banal.